Is your traffic worthless? 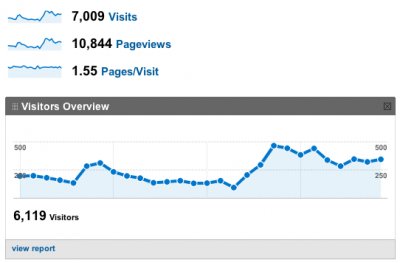 There's a common misconception that many (if not most) online marketers or site owners fall into when attempting to drive business to their website.

Some so-called AdWords 'Gurus' are the worst of the lot when it comes to overestimating the value of traffic. (don't get me wrong, there are real AdWords gurus)

It isn't helped by the fact that AdWords itself focuses on a CPC (cost per click) payment method. Many internet marketers are concerned predominantly about either the CPC or the CPM (cost per thousand impressions of each ad) of their campaigns.

Both of these methods are about determining value, but taken alone they fail to give an accurate picture about the true value of your traffic.

Let's look at how your campaign could be getting more bang for its buck.

CPM campaigns are payable to advertisers based on how many times your ad is viewed. If you're paying $1 CPM, it's costing you $1 for every 1000 times your ad appears on a page. This can be a tricky metric to understand and it's made trickier by how some networks use viewing restrictions.

Based on the available settings of the ad network, your ad might be set to be viewable by the same user only once in a 24 hour period. Or they might not have any restrictions at all. That's not to say that allowing your ad to be viewed more than once by the same user in a given period is necessarily a bad thing, it's usually fundamental to brand-building, but for smaller sites this could be critical. You might be plowing through your entire budget in the first few hours of the day.

CPC campaigns are payable to advertisers based on how many times users click on your ad. If you're paying $1 CPC it's costing you $1 for every time someone clicks on an ad - usually resulting in them arriving at the destination site (typically called a 'landing page') you've specified.

Both CPM and CPC payout rates involve paying advertisers for an action that occurs before a user even arrives at your site.

There's another metric however, one which is used much less often: CPA.

Cost Per Action means that the advertiser only pays out when a user takes a specified action on your site.

That action could be purchasing a product, making an enquiry, signing up for a newsletter or anything else that can be tracked. Tracking is usually accomplished by putting a small, invisible (to the end user) piece of code on the 'thank you' page that occurs after a user completes the action.

Why are actions important?

While your success rates will differ wildly depending on the campaign, its marketing, the product, the artwork, etc, (in short, every possible factor!) you will still lose massive amounts of viewers at every step. Every campaign is different, but a typical example would be:

Therefore, you would need 100,000 impressions to get 100 clicks to get a single action. The above data is for prominently placed ads on high-traffic sites with a low barrier to entry for the action. If your action has a higher cost, it may be very much lower!

(As a side note, this is why I always laugh when as designers we're offered 'exposure' as an incentive to reduce our prices. Typically, this involves placing a link in the footer of a new site that may or may not be marketed, for a service that is high-value. The odds of it turning into a worthwhile referral are vanishingly small.)

While CPA isn't offered by all (or even most) advertisers, it's the metric you should be using to determine if your CPM or CPC campaigns are providing value to you.

Some marketers call this an 'eCPA' (estimated CPA) and it's very simple to figure out:

By working on a CPA or eCPA basis, you can very quickly determine whether your marketing efforts are costing you too much.

When developing a site, it's very important to define what action(s) you want users to take.

It can be purchasing a product (you might even have variable CPAs depending on the product) or signing up for a newsletter or just getting in contact.

Realestate.com.au have a very clever way of tracking actions, by requiring customers to click on a link to reveal an agents phone number - this is one of many possible actions that are tracked on the site and I have no doubt it has a value associated with it. By doing this it's possible for Realestate.com.au to fine-tune by performing A/B testing or multivariate testing, methods by which the site is modified on-the-fly for different visitors and the conversion rate monitored to see which versions provide improvements.

Once you've defined your actions, it's a simple matter to create a spreadsheet that tracks the volume impressions and clicks and divides that by the number of actions. That gives you your conversion rate. Your goal is to improve it.

Take the cost of your marketing daily and divide it by your actions - now you have your eCPA. This is what your marketing is costing you on a per-action basis.

Is your marketing worth the actions you've defined?

Only you can say - but unless you've taken the time to define your actions and track them with an analytics package, you're flying blind.

This is why I say that traffic volume is meaningless.

It's actions that count.