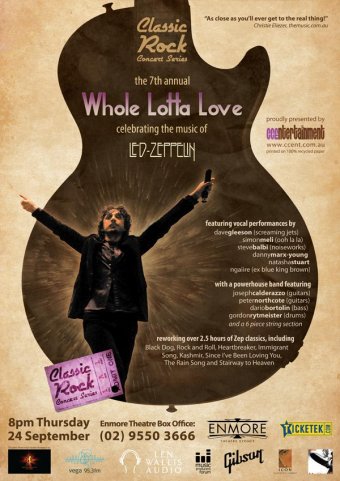 To that end, we created a poster series, of which this is the third.

Taking iconic imagery associated with Led Zeppelin, we created a Gibson Les Paul from scratch (the guitar most associated with Led Zep, CCE are also sponsored by Gibson), created an aged paper texture and incorporated a dynamic shot of one of the vocalists, ex-noiseworks member Steve Balbi. We also used fonts designed to be reminiscent of that used on 'The Wall' album.

Published in Print
More in this category: « Beggars Banquet Great Gig In The Sky »
back to top