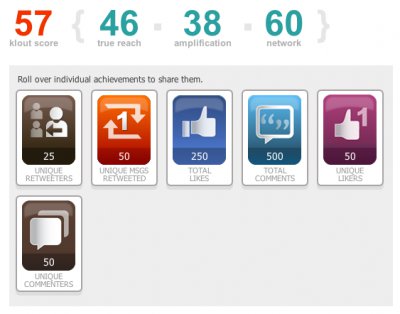 In my previous article on building a quality Twitter campaign I laid out some rules for acquiring engaged followers, a vital pre-requisite for ensuring your message is read and disseminated beyond your own timeline.

One of those rules was to always look for people who have more followers than they themselves are following.

I've since come to realise that this rule doesn't go far enough. I now believe you should avoid following all but those few incredible voices that you can truly converse with and who are passionately interested in the niche you're carving out.

Once you clear away the noise, you'll find a wealth of conversation awaits with strong brand and topic focus that will help you grow a following of truly engaged and interested followers.

Step One: Find your dead-weight followers (and cut them)

So many followers are just there to push their own agenda. You have no hope of interaction and no hope of re-tweets. In other words they're not listening to you and they're not broadcasting your message further afield to their own followers.

Instead you get a constant stream of links, pithy quotes or supposedly sage advice. But they'll never respond if you re-tweet or comment on them.

Your message is lost and your timeline is cluttered with useless updates that conceal posts worthy of your attention.

How to spot dead-weight

Or, you could do it the easy way.

I recently discovered a fantastic tool called TwitCleaner. After connecting to your account they provide an extremely detailed report on followers that they think could be weighing you down. The report is grouped by the type of offending behaviour:

It's up to you to choose who to unfollow - certainly there are twitters whose output I value highly but who have never responded to me personally. They contribute to my timeline in a positive way, even without interaction.

How to keep track of people without following them

Sometimes you want to keep track of users even if you don't want their inanity cluttering up your timeline. I'm in the process of building a specific regional list of twitters. Ttheir updates wouldn't contribute to my timeline - but I like to keep track of local updates and trends. I may also need to contact users on a hyper-local basis.

Twitter lists allow you to maintain groups of users whose posts don't intrude on your timeline, but are readily available for viewing.

Prior to discovering the benefits of a cleaner timeline I would follow almost anyone who followed me. I'd avoid obvious spam accounts, but I knew the convention was to simply reciprocate.

A truly engaged and interested follower will hang around even if you don't follow them back immediately. Those whose sole interest is reciprocal follows will disappear within a few days. That in itself is a sound indicator that they're unworthy of your attention.

Another fantastic tool I've been using lately is TwUnfollow. Every day I get an email with a list of all those who unfollowed me. When I performed my large-scale list cleansing a few weeks ago I got rid of a couple of hundred useless follows. Subsequently I was fascinated to see all those that TwitCleaner had identified as dodgy steadily unfollow me back.

If I was so interesting in the first place, why is my reciprocal follow required to maintain their attention?

Even more interesting is watching how quickly disinterested followers fall away if I don't reciprocate their follow. TwUnfollow has made it crystal clear to me through my 'daily digest' of unfollows that if I don't follow back within four days all those dodgy types identified by TwitCleaner will be out the door.

So now I wait.

I only check my followers every week or so. I follow back anyone who seems genuinely interesting. It's easy, reliable and provides a much better quality of timeline than indiscriminately following all and sundry.

While the concept of 'Social Influence' is nebulous at best, Klout is one of the better attempts at gauging how far and wide your message is received. It measures factors such as the size of your audience, the likelihood that your message will be acted on and the overall reach of the people following you.

This report makes it quite clear just how dramatic the post-clean-out improvement has been:

I'm more engaged with my followers now and you can see that I'm reaping the rewards - my message is being disseminated further, making me (supposedly) more 'influential' than I was previously.

So the benefits of a reducing your follows is clear - a more useful timeline, better interaction with interesting and relevant parties and a wider dissemination of your message.