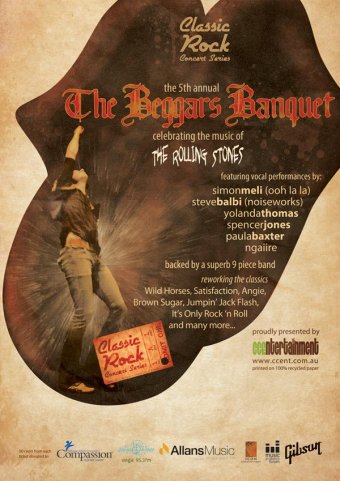 To that end, we created a poster series, of which this is the second.

Taking iconic imagery associated with Rolling Stones, we re-created the mouth and tongue from scratch, created an aged paper texture and incorporated a dynamic shot of one of the vocalists, Simon Meli. We also used fonts designed to be reminiscent of that used on 'The Beggars Banquet' album.

Published in Print
More in this category: « A Day In The Life Whole Lotta Love »
back to top